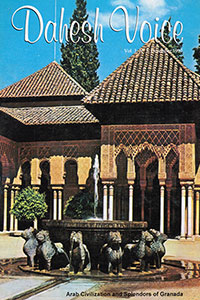 According to the Acts of the Apostles, the early Christians “shared everything they had” (Acts 4:32). They sold their lands and houses and had their proceeds “distributed to anyone as he had need” (Acts 4:34-35).

This justice in their social relationships was not imposed on them by a politico-economical system, but rather by the binding power of love that united them. The love that emanated out of their awareness of, and their belief in the spiritual values prompted them to treat others with consideration as well as justice. Consequently, the early Christians rose in honor and respect wherever they settled, and gradually people followed their example and adopted their faith.

The history'1 of Islam speaks admiringly of the justice of two caliphs, Umar bin al-Khattab (634   644 AD)

that their subjects felt the true equality and brotherhood in an all-encompassing social justice, where the rulers did not consider themselves more worthy of comfort and welfare than their subjects. Umar bin Abdul-Azeez eschewed luxurious furniture and rich clothes, sold out his properties and distributed their proceeds among the poor; he lived simply and ate plainly. Bin Abdul-Azeez freed all his slaves except one whom lie kept to attend upon him.

When the slave complained to the Caliph that “all enjoy prosperity save you and me,” he answered: “Go, you are henceforth thee!” (See Arabic section. Article on Bin Abdul-Azeez, p. 29).

Where are we now in comparison to such blessed eras?

Justice in mutual relations has faded away because love has died in the hearts of many people. A religion without love is like a sun whose light has dimmed leaving behind a dark sphere; it actually ceases to be a heavenly religion. For God is Light, and His Light is Love. Where your treasure is, there your heart will be. Mammon, to most people, is the only treasure; and material wealth goes hand in hand with authority, power and fame. That’s why the majority of people are attracted to what: insures and promotes their material interests and earthly values. As for spiritual values based on truthfulness, integrity and love, they seem to have been consigned to times long past.

Do people now lead virtuous lives according to the teachings of their prophets and spiritual guides? Or have they gone astray with their insights dimmed by thick earthly veils rendering them unable to discern light from darkness and truth from falsehood?

Lies, deception, hypocrisy, servile flattery and injustice abound among people, who have replaced the only one true living God with many false divinities -those of ambition, denominations, political parties, nationalities... These are the gods they blindly and ignorantly worship even if they do not realize it. (See Arabic Section: Article on Justice in Dr. Dahesh’s View, p.37; English Section: Selections, p.27).